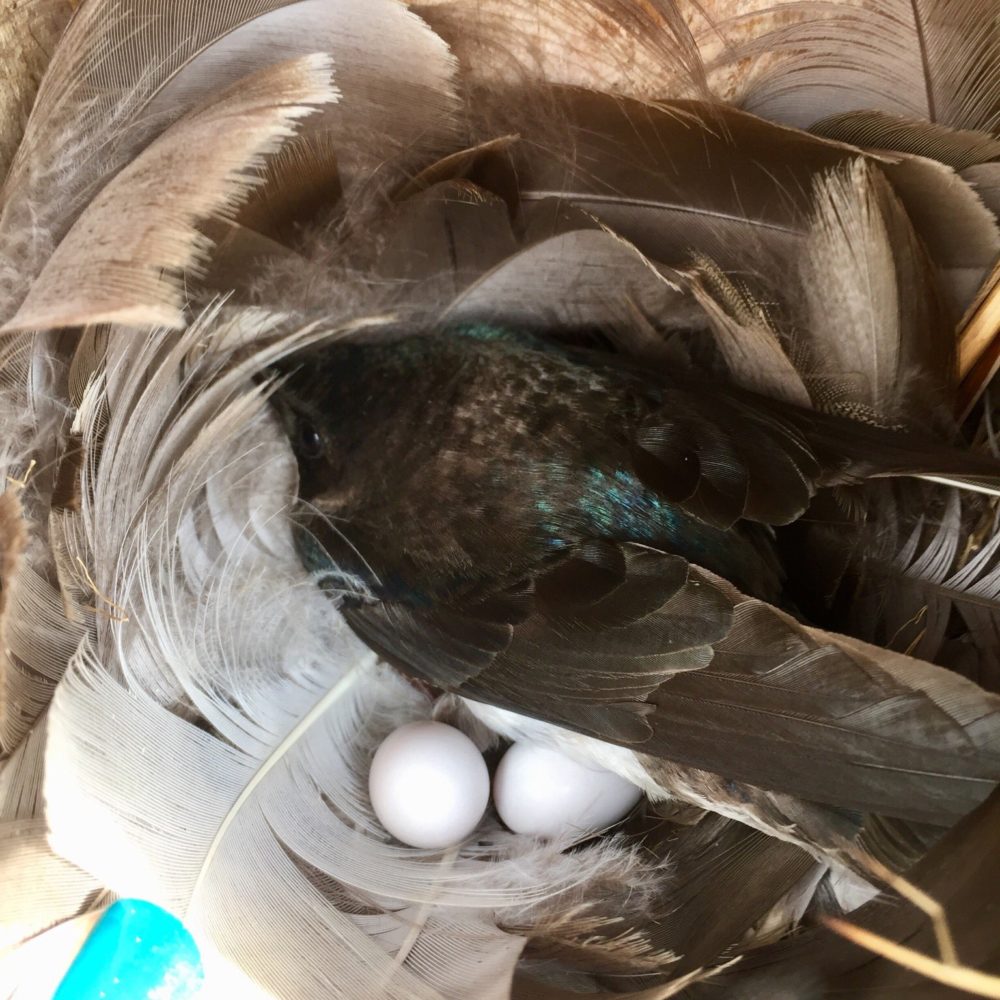 Hardcore outdoors woman who lives in tents in remote parts of the world and machetes her own trails through the rainforest.

Someone who cries in her office.

My public-facing professional identity encompasses all of these, and more. That it does so has been a deliberate choice.

I am active on twitter as part of the broader ecology and evolutionary biology community, as well as the scientific pedagogy, science outreach/“scicomm”, women-in-science, and museum collections communities. I interact with other scientists as we all learn from each other, and I try to be a role model for younger female biologists. I also use twitter to educate non-scientists about evolutionary biology and birds.

Balancing multiple audiences can be a challenge: when I talk about issues specific to academia, or pedagogy, I may bore those who follow me to learn about bird biology. And when I tweet educational information about baby zebra finches, I risk boring other biologists. But I like to think my followers pay attention to my tweets because they want to learn, even if what I’m currently discussing isn’t the primary reason they began following me.

I made a conscious decision early on not to hide the fact that I’m human, fallible, and a woman from my audience. I think it’s important for early career scientists to see that everyone struggles, and that they’re not the only ones crying in their office over a rejected grant proposal. Likewise, by deliberately discussing issues specific to women in academia or science (like what you do when you’re on your period in the field, or how my reproductive choices are affected by and affect my field research seasons), I hope to help build a more inclusive space for women in science.

I recently experienced some of the darker aspects of being an outspoken woman academic on social media. On twitter, I informed followers of a popular right-wing alt-academic that their “evolutionary” justifications for the use of the term “enforced monogamy” were not actually rooted in evolutionary biology. I laid out why “enforced monogamy” was not, as they were arguing, a common “evolved mating strategy,” discussing a fair amount of mating system and sexual selection theory along the way. I received much harassment and argument on this thread, as well as plenty of replies defending my arguments and/or thanking me for the education. When men began tweeting things like, “typical woman in the workplace, thinks she’s an expert but is actually incompetent,” I muted the thread because I have better things to do with my time than read horrible things misogynists think about me (not wanting to wade through all that again is why I’m not posting images of this thread here). I went along my merry way, thinking it was all a minor kerfluffel and was blowing over.

But a few days later, a popular misogynist with tens of thousands of twitter followers retweeted one of my tweets in the thread out of context, with a screenshot of a google scholar search that “proved” me wrong. The harassment renewed with vigor. People tweeted at Kenyon College’s official twitter account about me and my supposed poor understanding of evolutionary biology. I’ll admit to having a moment of mild panic when that happened, given that I’m pre-tenure, before realizing that (a) the people managing Kenyon’s social media accounts have no power over my job, (b) they likely understand social media mobs enough not to take them seriously, and (c) no one making decisions about tenure and promotion were likely to see or care about these tweets.

Also, I was correct about evolutionary biology and mating systems. I tweeted about this experience, and that tweet exploded. It was retweeted more than 1500 times, including by people with a lot of followers, and received hundreds of replies. Between the initial thread, the secondary attack, and then this tweet, my follower count went from about 1,400 to well over 4,000 in a few days. This was helped by the fact that I continued to try to educate people about mating systems and sexual selection, and answered genuine questions while viciously blocking anyone being rude, sexist, or challenging just for the sake of challenging. At the same time, new baby zebra finches hatched in my lab, and mostly to cheer myself up from all the twitter drama, I tweeted threads full of photos and information about the cute little baby birds. People came for the drama and then stayed for the education and cute bird photos.

They start begging whenever they’re messed with. It’s an instinctual response to sensing vibrations, like those they feel when Mom or Dad lands on the nest with food for them. pic.twitter.com/ukUDgZYv5J

I even received positive feedback from Kenyon parents on twitter. Proud moms and dads tweeted at me about their Kenyon students, especially those who plan to be STEM majors, and thanked me for teaching them about biology on social media. Overall, I think it was a win for both me personally and Kenyon. But I’d rather not do anything like that again. The abuse was not fun.