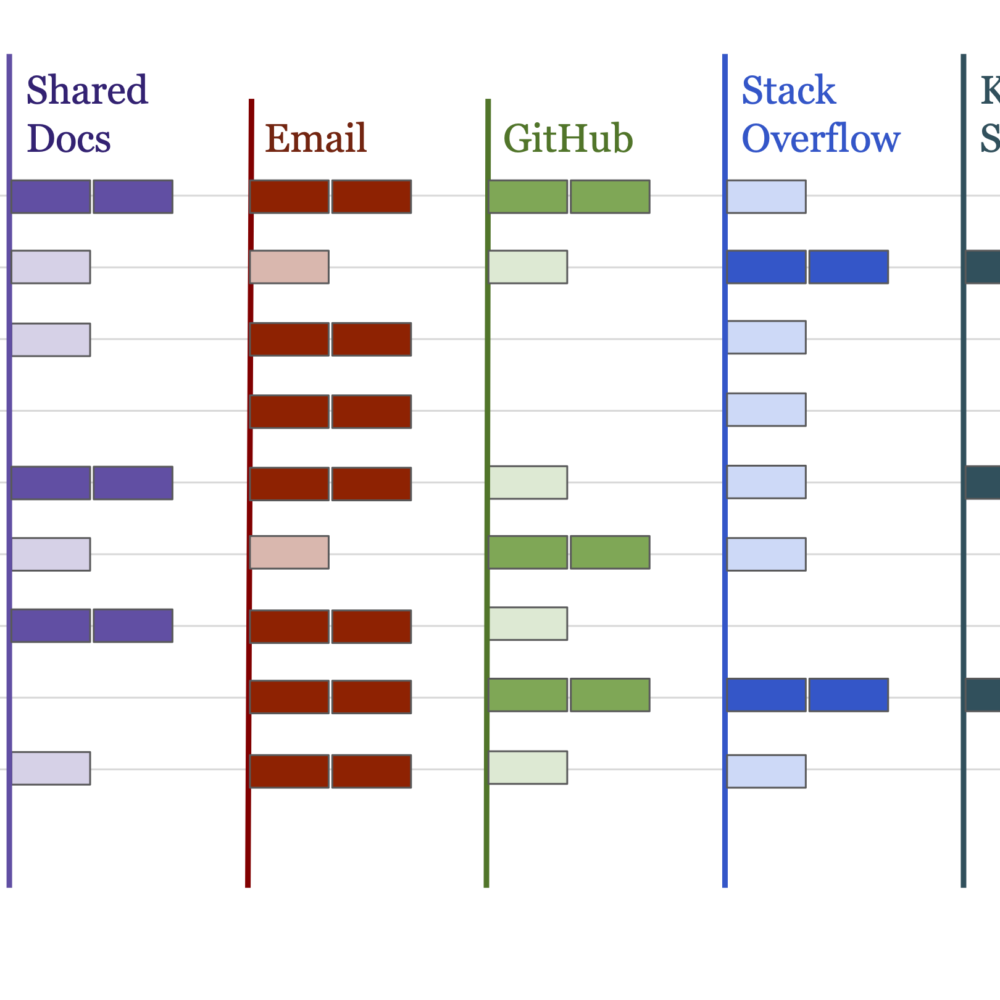 My exploration of digital identity this week was yet another example of my tendency to over think on the fly. I think I’m happy with the result.

The road to overthinking

Throughout the week I switched back and forth between reflecting on digital identity and actively practicing it. If I were to summarize my work for this week into one sentence, it would be “Managing other people’s feelings about Black Lives Matter, while reflecting on my practice in spaces that don’t even mention it.” And as a result, the V&R map and digital practice triangle both felt too aloof and too imprecise to describe my identity and practice in ways I find meaningful. I found myself constantly thinking about the shortcomings of these methods instead of actually applying them — I was overthinking the task.

In my reading, I struggled initially to understand how agency works in establishing digital identity. For example: in contrasting personal blogs with publisher’s blogs and other media, Bonnie Stewart notes that “you have to build your sense of who you’re talking to out of whole cloth“. And in arguing for the importance of digital persona, Laura Pasquini’s asks great questions about digital practice, but in a way that presumes one exerts a lot of control over how they enter any space or discourse, which I don’t personally observe.

But I understood better when I began to think in terms of marginalized identity. In our Zoom Conversation Cafe, Christine Moskell noted that women in professional contexts have always had to manage the perceptions of their audience, with multiple contingencies on their behavior. I also shared that “visitor” is literally the name of my mother’s ethnic group (客家) — originally a pejorative applied by others — which might have subtly influenced my visceral dislike of the V&R typology. Sarah Watulak, in explaining why she preferred the Triangle over V&R mapping, observed that we either assume, reject, or attempt to establish belonging when engaging in any discourse. Conversely, our behavior can signal recognition of another participant’s belonging (or lack thereof).

And once I begin thinking in terms of marginalization, you can expect me to overthink a lot.

I did make both V-R and triangle maps, I just didn’t find them useful (except as objects of critique). These representations look nice, but I didn’t find them informative for reflecting on my practice and identity.

Sarah Watulak complained that the Visitor-Resident continuum still felt essentializing and value-laden to her, despite David White’s insistence that it represents mindset rather than an internal setting. I tend to agree with Sarah: using nouns in a model practically begs (neurotypical) people to perceive essential constructs. It reminds me of Alfie Kohn’s critique of the growth/fixed mindset distinction as oppressive, in which he observes that educators increasingly interpret “growth mindset” to be itself an essential characteristic that is independent of environment and can somehow transcend structural biases.

The Digital Practices Triangle is a step in the right direction, because its three dimensions represent verbs: communicate, create, consume. But I wanted more. I wanted a form that would consider the multitude of contingencies that impinge on my mind when I engage with digital environments. For example: in some contexts I create something because I’m reacting to a situation; while in others I create because I’m hoping to initiate a new project. Christine Moskell’s comment suggested that precarity of belonging is another contingency, one that requires active management of your behavior and of others’ expectations. For example I’m constantly aware of my last name and how it implicitly shapes other people’s assumptions about me. I might engage a space with a resident mindset, but I’ll do it differently if I expect people will treat me like a visitor.

So throughout the week, as I worked with various teams on different projects and tended to the needs of heartbroken students, I thought of different verbs that matter to my digital practice and identity:

Each verb represents a different axis or dimension of my practice and identity in a digital environment. I wished there were some way to represent these different dimensions on a two-dimensional page; and finally realized that there already exists such a format: a spectrum.

One consequence of overthinking is that you might decide to reinvent the wheel. The process is occasionally invigorating, usually frustrating … and always time-consuming.

Here’s how it works. I put each verb on a horizontal line. Then for a particular context, such as “Shared Docs” or “Email”, I drew a vertical line. For each verb, I asked whether that verb applies a lot, a little, or not at all. I encoded “a lot” as two dark bars, “a little” as a single light bar, and “not at all” as empty. Once all the verbs were done, I had the “spectrum” of my practice in this digital environment. I repeated this for environment to generate multiple spectra.

(The degree of engagement is encoded in three ways: number, length, and darkness of the bars. Multiple encodings make the representation more accessible to more people. And a spectrum can easily convert to a non-visual representation for non-seeing people.)

As expected, I found this kind of visualization much easier to interpret and more meaningful in exploring my digital identity. It also provided a few benefits that I didn’t anticipate:

You can find a description of the Spectrum representation in this slideshow, along with a digression about different connotations of the word “spectrum”.

I seem to live in email. Most of my work involves coordinating with a multitude of teams of varying size (2–20), and often with sensitive information about students. Colleagues can be extremely touchy about email. For example, including someone on an email as an FYI or “heads up” could be construed as a passive-aggressive request for action or an accusation of inaction; in such cases I need to assume that I’m intruding on their time and “guest” appropriately. At the same time, many students I work with are apprehensive to receive email from a professor and what it might mean; for them, I need to “host” in ways that make them feel safe. Every aspect of creating an email feels fraught, and hence every message I send is crafted with care and consideration of multiple potential interpretations. Although not every email I receive is targeted to me, I feel compelled to react to each one, even if it’s only to add to my todo list, or to take a moment and consider the consequences of its content for other people.

Hosting is prominent in my Shared Docs activity. When I create a new document, it’s usually a set of procedures or guidances that I’m building with a group to coordinate our efforts. I sometimes find myself writing a quick tour or tutorial of how to use the document and including it either at the top of the document or in an email announcing the document’s existence. When I’m invited to edit another person’s document, I’m usually careful not to alter their words (not even as a suggestion) without asking them first; defaulting to comments instead. This is especially informed by my immigrant identity, and the experience of people expressing surprise that I speak English fluently.

Although GitHub is built for open collaboration, it appears that I use it primarily as a lightweight publishing platform. I crate and push my code to it, and I host by anticipating questions someone might have about it … but I don’t really seek response and conversation about my project. It’s one of the few places I leave a recognizable digital trace, but these traces don’t connect into a collaborative network.